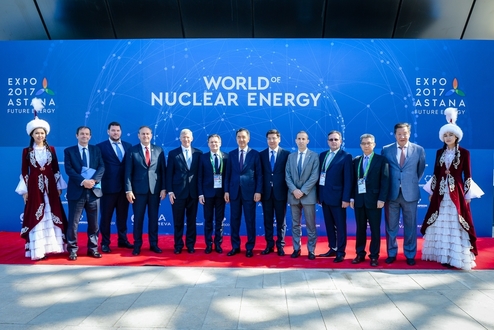 June 10, 2017 within the framework of the international exhibition EXPO-2017 in Astana, the pavilion - World of Nuclear Energy was presented.

The pavilion "World of Nuclear Energy" was created jointly with partners of Kazatomprom, the world leaders in the nuclear industry – Rosatom, Cameco and Areva. Prime Minister of the Republic of Kazakhstan Bakhytzhan Sagintayev visited the atomic pavilion and got acquainted with the exposition, which clearly shows all the latest achievements of the nuclear industry. 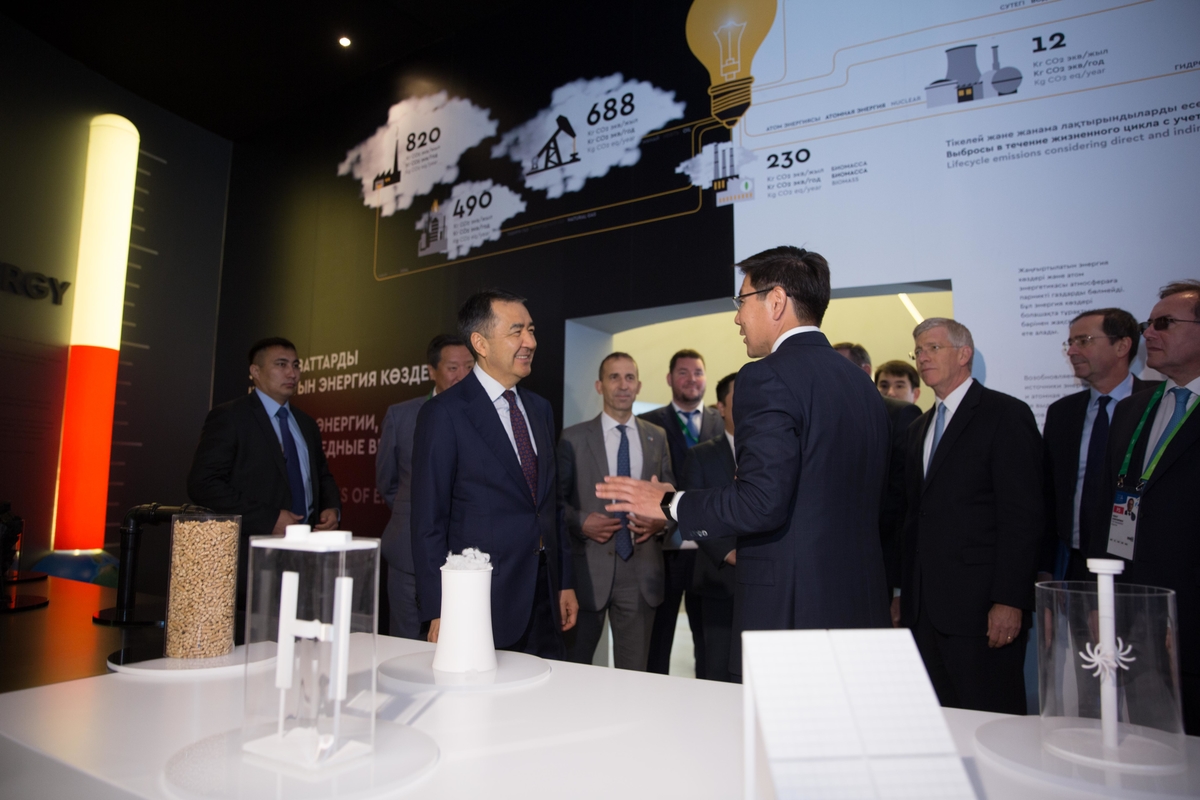 The main event of the first  working day of the atomic pavilion was panel session on the topic Nuclear energy - future energy. The event was  attended by top managers of leading companies of the world nuclear industry: T.Gitzel - President, Cameco (Canada); P.Knoche -  CEO,  AREVA (France); He Yu - Chairman of the Board of Directors, CGN (China); A.Likhachev - Director General, Rosatom (Russia);  A. Zhumagaliyev - Chairman of the Board, Kazatomprom;  D.Poneman - President, Centrus Energy Corp. The participants of session will discuss topical issues of nuclear power, prospects and development of nuclear Industry. 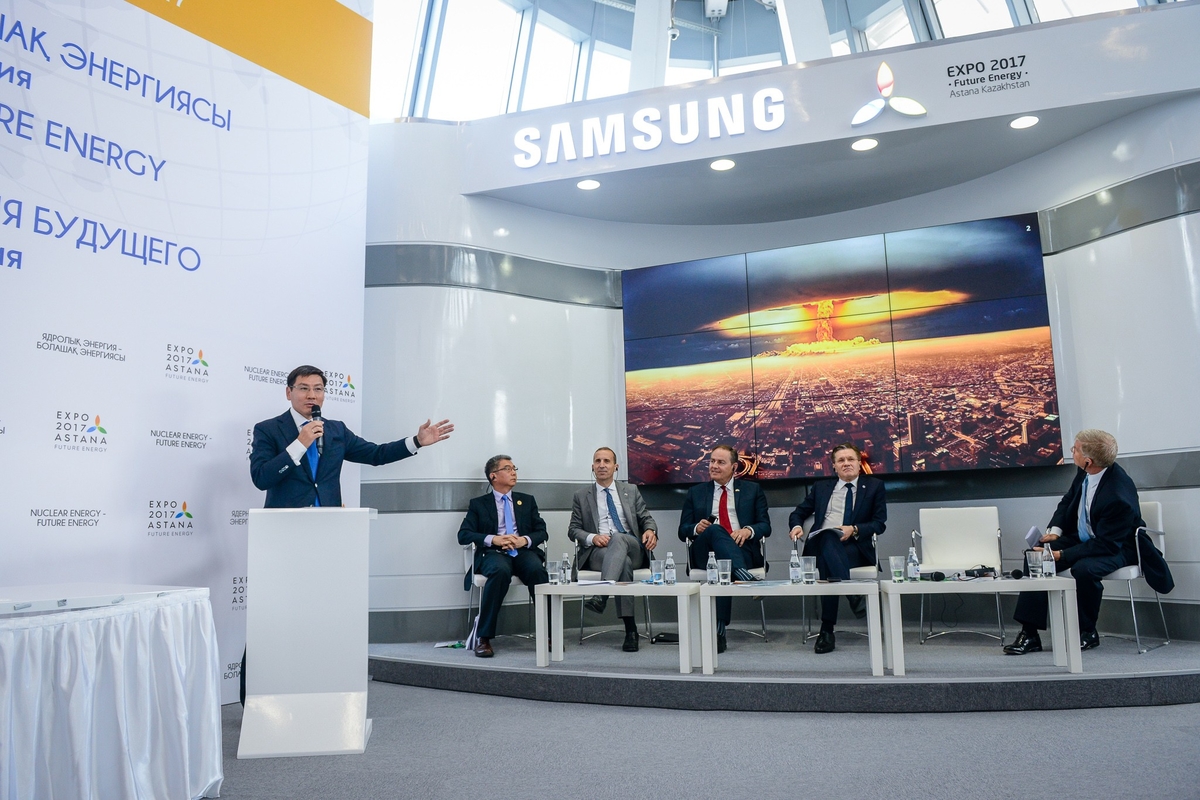 Askar Zhumagaliyev, Chairman of the Board of the National Atomic Company Kazatomprom, said in his speech: "Nuclear power is a reliable, environmentally friendly energy of the future, which, thanks to the absence of harmful emissions, will help humanity solve climate change problems. According to experts' forecasts, the growing demand for electricity in the future will be covered largely by nuclear power”. 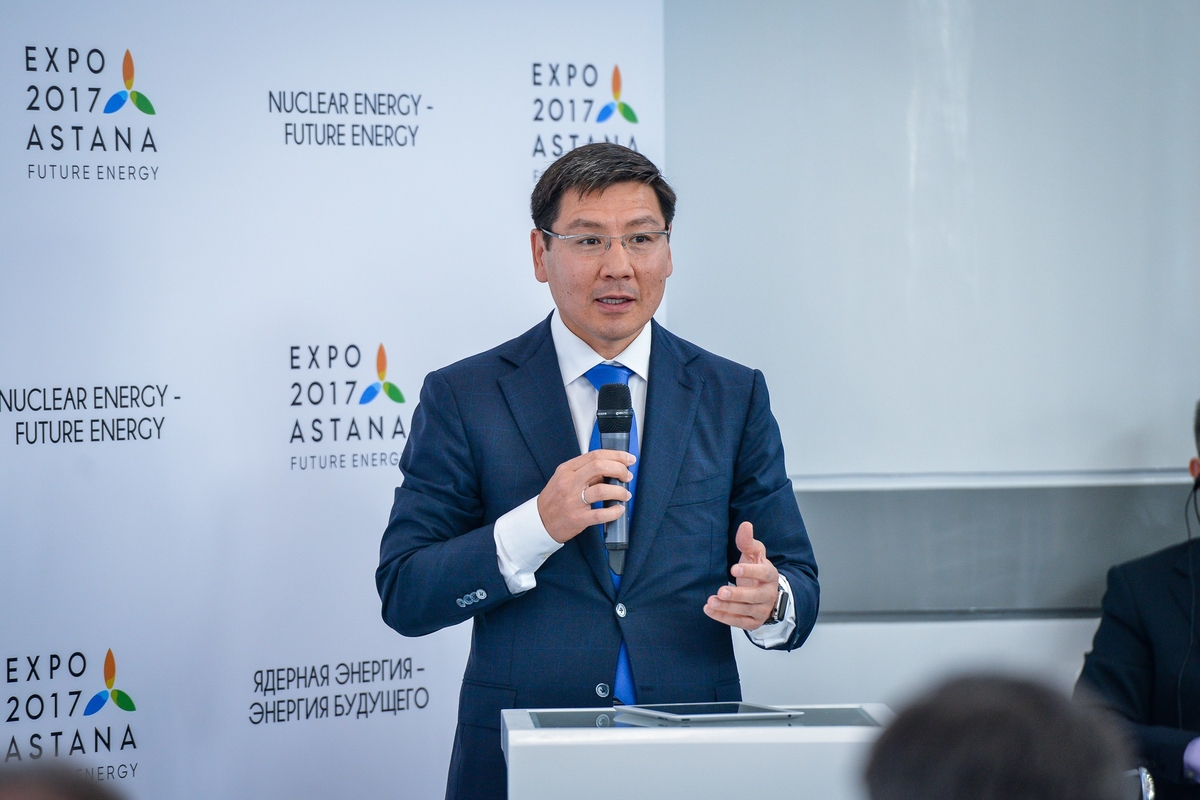 The head of Rosatom, Alexei Likhachev, dedicated the nuclear industry as key element of cooperation between the countries of the world: "No major project, such as the creation of a nuclear power plant, is purely national. It is always a compilation of achievements, the best technological solutions from a number of countries. And in this, an important component of the world nuclear industry is its consolidation". 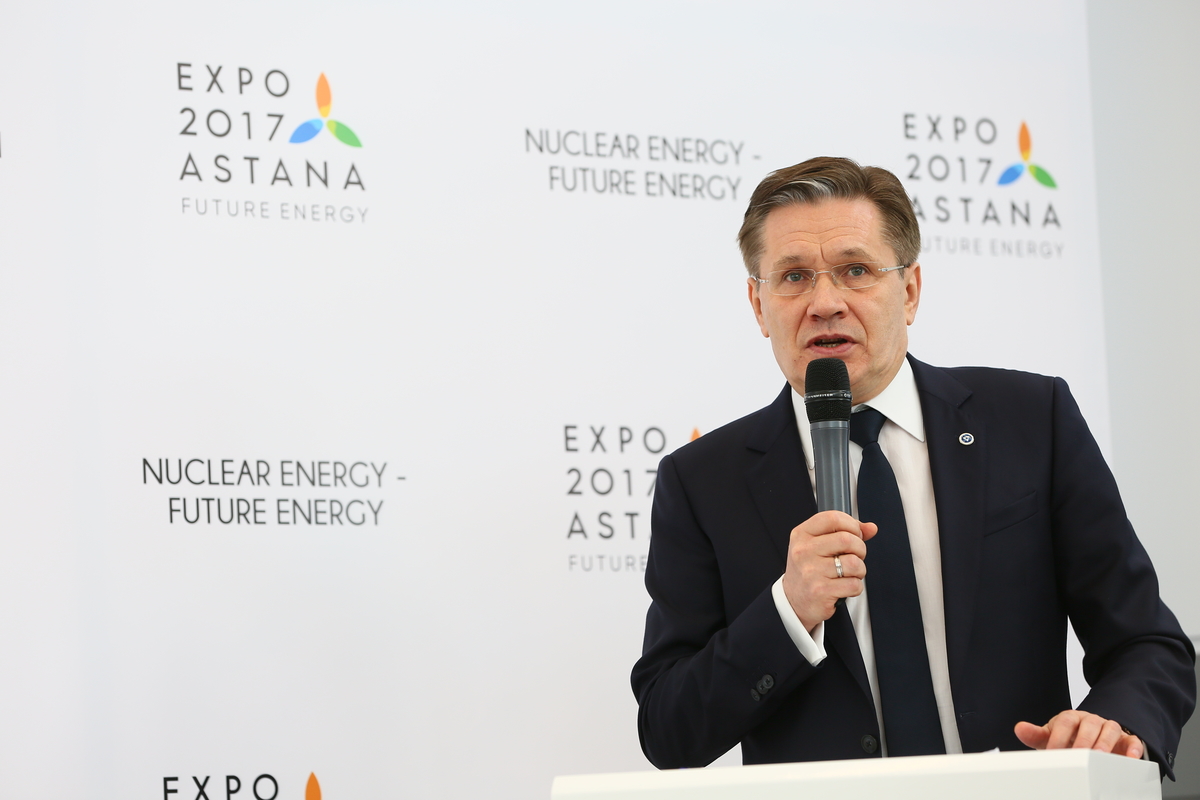 To date, two-thirds of the world's electricity generation is made up of hydrocarbons. As a result of their use, the volume of annual harmful emissions into the atmosphere is 13.5 billion tons. By 2030, China intends to increase the share of non-fossil energy sources to 15 percent of primary energy resources.

"It is necessary for the global nuclear community to have common aspirations for further exchange of experience in nuclear energy",- said  Chairman of the Board of Directors of CGN He Yu. 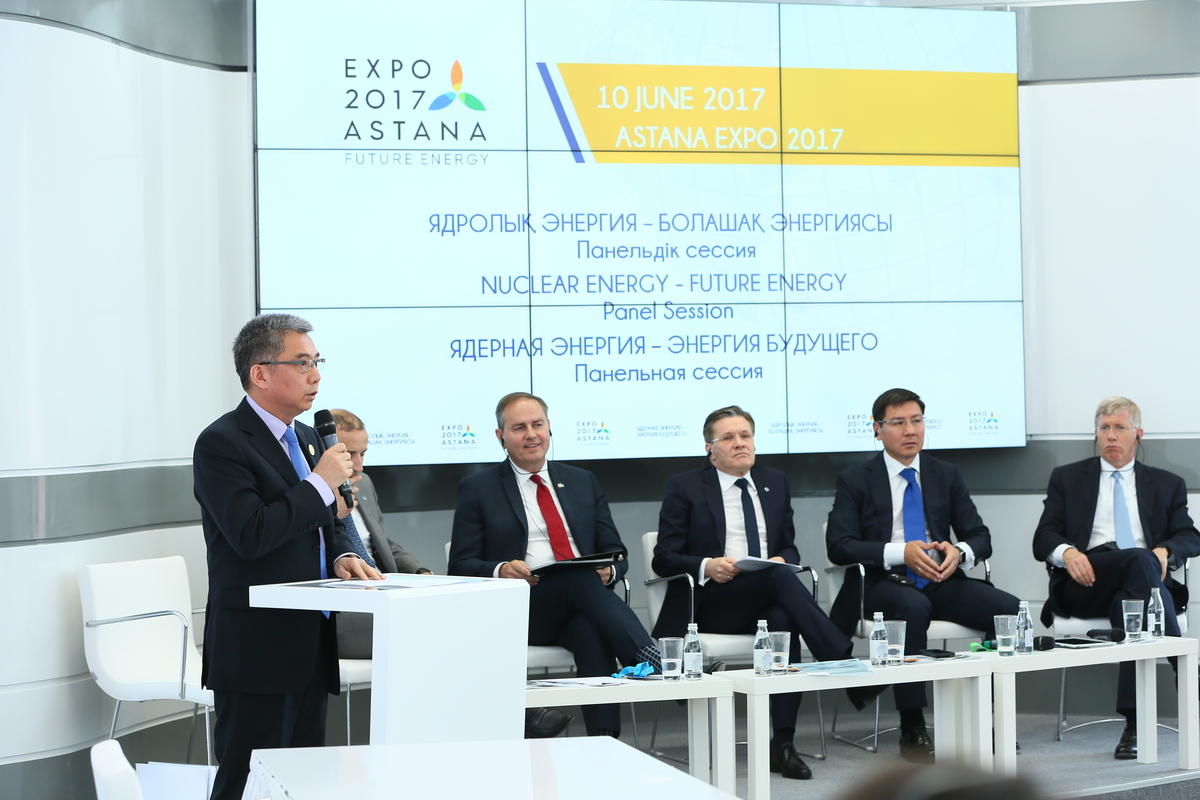 "The nuclear industry is growing all over the world. 10 reactors were launched in 2016. 57 are during the construction phase. We are moving in the right direction", - The President of Cameco, Tim Gitzel outlined the prospects for nuclear energy. 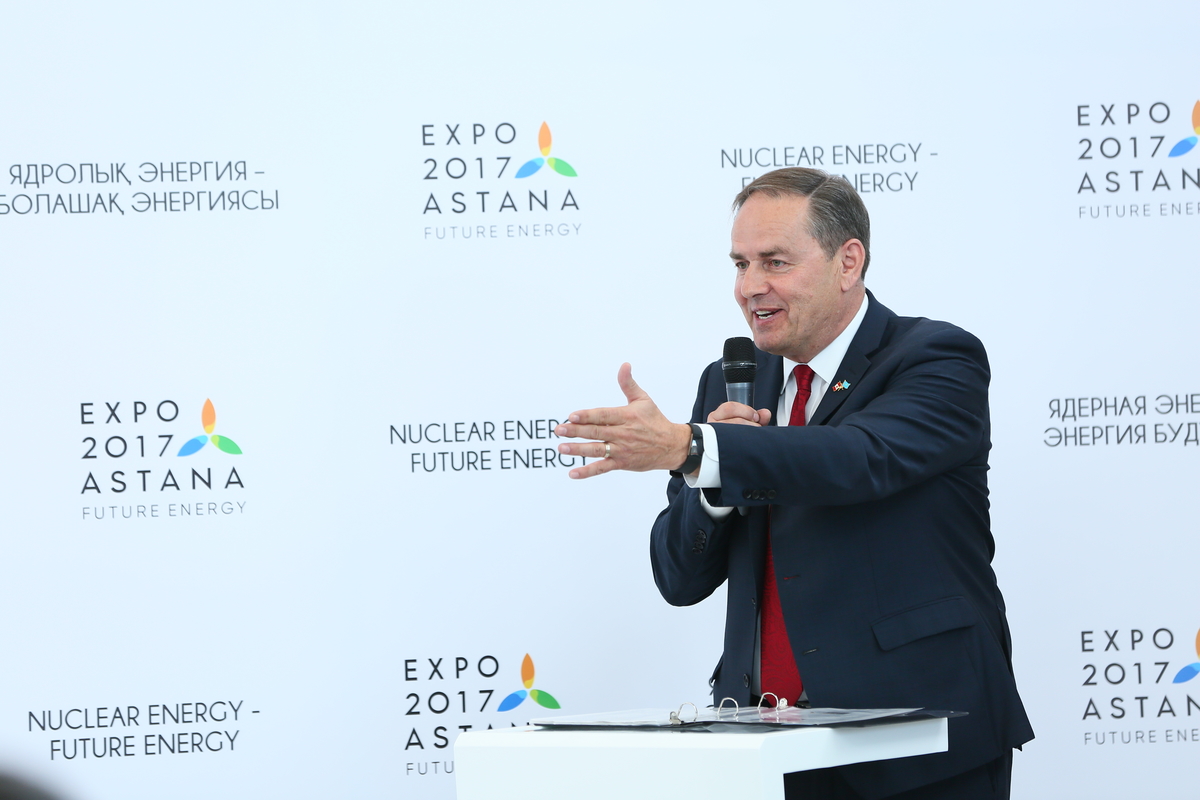 The President of the company "AREVA" Philip Knoche said that the high level of safety and environmental friendliness of the nuclear industry is provided by modern technologies. "Here in Kazakhstan together with Kazatomprom we use the most advanced technologies. For example, the project "Digital Mine". Our common goal is to achieve zero emissions into the atmosphere, this is our main criterion", - added Philip Knoche. 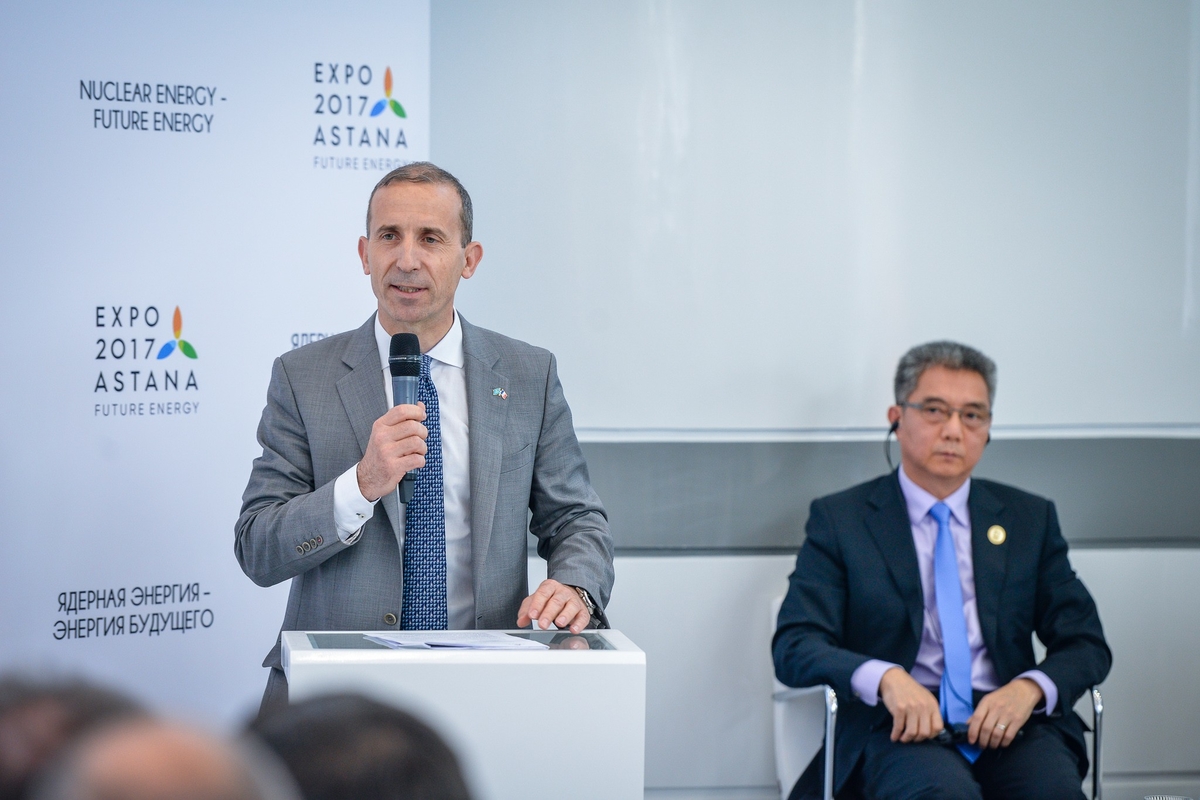 After the panel session, the heads of the companies held a series of meetings and got acquainted with the exposition of the pavilion "The World of Nuclear Energy", which gives full information about the nuclear industry, safety and ecology of nuclear power, modern achievements and prospects of the industry development.

All stages of the nuclear fuel cycle – from uranium mining and processing of spent nuclear fuel are visually demonstrated using mock-ups and interactive games.With the help of virtual reality, visitors will "visit" the mine and learn how uranium is extracted by the most progressive and environmentally safe method of in-situ leaching. The guests will be inside the nuclear reactor and see the remote control of the reactor. 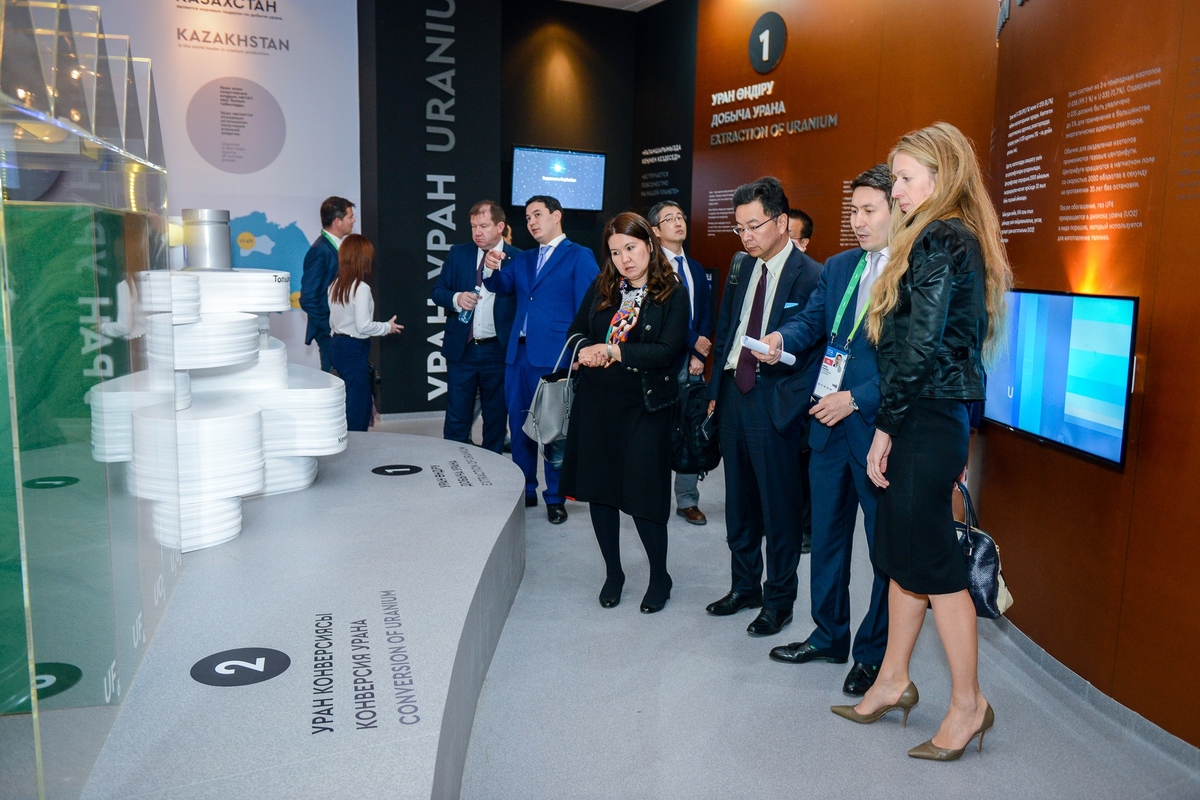